Naturally, this camera is crap 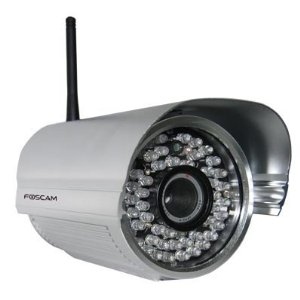 Quick intro: A friend recently had a duck take over his planter and use it as a nest for its eggs. So, he bought an IP camera.

The Foscam fi8905w outdoor wireless IP camera has some nice features, but it needs a lot of hand-holding to make it work. You can control it through a URL-based set of scripts. Here's the most useful examples:

You can set parameters and reboot the camera with commands detailed in this guide.

We ended up with a series of tools and scripts to make the camera more useful. First is a script that grabs a photo every minute and stores it in an archive.

Next, because the camera doesn't handle going from night to day very well, we had to write a script to handle that. But, the camera stops responding after the brightness has been set, so we wrote a script that reboots it once a day right before setting the brightness at daybreak. This seems to work, but it's far from ideal.
::CODECOLORER_BLOCK_3::

We realized that we wouldn't be able to stream from the camera itself because the owner's internet connection wouldn't handle it, so we found a tool that takes the IP camera feed and rebroadcasts it. The tool is called webcamXP.

After all that we have a pretty good setup for watching the miracle of life. Even if the image is a little washed-out.