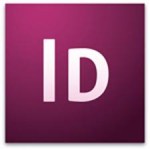 If the InDesign preferences get corrupt:

We use OmniUpdate as a CMS at my (new) workplace. I found a problem in one of our xsl templates in that it was outputting a unicode copyright character instead of the escape encoding for a copyright character. After much Googling and a call to Omni I've come to the conclusion that it's a problem with XSL (XSLT) processors and we're not the only ones suffering.

If you put an escaped copyright character in an XSL file…

…then it comes out as the unicode character for copyright in your HTML. So, the workaround is to put this code instead…

Weird, right? But it works.

Windows 7 as a file server 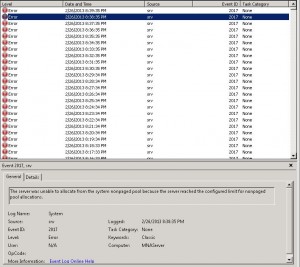 If you are using Windows 7 as a file server and get this error: "The server was unable to allocate from the system nonpaged pool because the server reached the configured limit for nonpaged pool allocations."  then make these changes:

Wanna see detailed HTTP errors in IIS? Here's how you do it in a web.config file:

Need to sudo and make this file: /etc/nsmb.conf

Update:
Additionally, on a copy of Mavericks I had to run the "sudo sysctl -w net.inet.tcp.delayed_ack=0" command. I also turned off NetBIOS queries, so my nsmb.conf file looks like this:

Additionally, to add NetBIOS names to your mac, add them like this in your nsmb.conf:

All thanks to this article on MacWindows.

Search isn't working right on our network shares with OSX 10.7 (Lion).  We're not the only one that have problems with it (https://discussions.apple.com/thread/3194502)

The best answer I found was to use EasyFind to search instead of built in search.  You can find it here:  http://www.devontechnologies.com/products/freeware.html 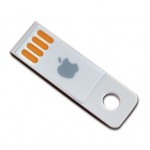 I needed to wipe and re-install a mac mini that originally came with OSX Lion (10.7).  I noticed when I got it they no longer include the OS CD/DVD to re-install from which is fine – I'm ready to be done with optical media.  So, I looked online and it says you can download it from the App store (fine option if you were upgrading from an older version) or buy it on a thumb drive.

So, I bought the thumb drive figuring this won't be the last time I need to re-install.  I received the thumb drive, booted to it and amazingly I got a circle with a line through it – it won't boot from it.

I found this helpful tip in the Apple support –

So, even though I have a copy sitting right here next to me, I'm forced to download a 4GB copy off the internet just to wipe and re-install.

*Update: Get this, even after it downloaded its own version from the internet, it was still behind!  It installed 10.7.3 and at the first check for software updates it wants to download 10.7.4 at 729.6MB more! (not to mention a handful of other updates)

Hyper-V with a Sandy Bridge processor

I setup a new Hyper-V server today and got this error when trying to turn on a virtual machine: <virtual machine name> could not initialize.

There is a hotfix from Microsoft  (http://support.microsoft.com/kb/2517374/en-us) that you have to download and install.

In order to make sure your shared folders show up consistently that are on the Drobo Pro, make sure you do this:

At a command prompt, type: "sc config LanManServer depend= MSiSCSI" and press Enter.

I got a new imac that came with 10.7 on it.  We have an older system that requires a client that runs in powerpc mode so I needed to downgrade to 10.6.  Easy right?  Just put in the 10.6 retail DVD and boot to it and install – right?  NOPE –  Nothing is ever easy.

Here's how I made it work: